Elyse’s story is an excerpt from our book, Overcome Infertility and Pain, Naturally 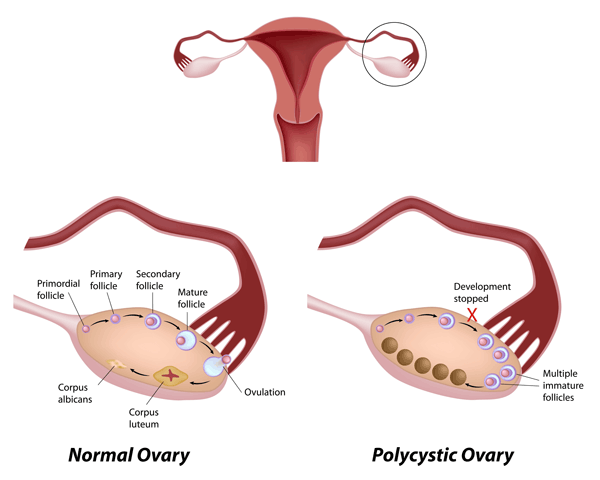 In early 2004, my husband and I married. We were ready to start a family right away and I stopped taking oral contraceptives. I had been on the pill for twelve years in order to regulate my periods and never had any problems. But when I went off of it, my period did not return for five months.

I went to my doctor and he immediately referred me to an infertility specialist. My specialist examined my medical history and did some blood work. He discovered that I had polycystic ovarian syndrome (PCOS), a condition in which you do not ovulate regularly. My doctor explained, “You have a lot of immature follicles in your ovaries, which causes an imbalance in your hormones.”

He placed me on Clomid, a drug designed to regulate ovulation, but nothing happened. He then recommended I start IVF. I was uncomfortable with this option as I had always wanted to pursue the least invasive option first, but he continued to push it hard.

As a result, I decided to meet with another specialist who would respect my wishes with regard to treatment. My new doctor, husband, and I decided I should try Clomid again, but after a few unsuccessful cycles, it was obvious the medication was not helping. He told me, “Elyse, your only option is IVF.” He understood I was upset and explained that because my hormones were not regular, IVF was my best chance to produce mature follicles and carry a viable pregnancy.

Since both doctors had suggested IVF, I agreed and began IVF in December of 2004. It was a painful process both mentally and physically. I had always been terrified of needles. However, in January, when I learned I was pregnant with twins I rationalized it was worth all the pain. My joy was short lived. At the 8 week ultrasound to hear/view the heartbeats we learned they were conjoined. Moreover, one of the fetuses was not developing at the expected rate and was already much smaller than the other. The doctor appeared disappointed and doubtful they would make it. However, he encouraged us to get a second opinion. We obtained opinions from three other specialists, who all reported poor prognoses. One of the specialists even cried as she viewed the screen during my ultrasound. My husband and I made the difficult decision to terminate the pregnancy. It was one of the most difficult decisions of my life.

On March 9, I had a D&C. I was hysterical while being put under anesthesia even though I knew it was for the best. I awoke with a terrible emptiness and cried endlessly for weeks.

I felt absolutely miserable, but certainly was not ready to give up. Our doctor explained our options. He had retrieved 28 of my eggs for the initial IVF procedure which resulted in “plenty” of frozen embryos for transfers. The doctor joked I could have a “football team” if I wanted. Our embryos, he explained, were all in great shape. We confirmed this through pre-genetic implantation diagnosis just to be sure. I began frozen transfers in May and continued through July — but none of them took.

During this process I tried all kinds of treatments, including Viagra suppositories. A study had found that it increased blood flow to the uterus, thereby aiding implantation.

In August, my doctor decided to perform a hysteroscopy to see if there was scar tissue in my uterus that was preventing the embryos from implanting. His suspicion was correct, and he found extensive scar tissue that had formed as a result of the D&C. He removed everything he could and was optimistic that I would then be able to become pregnant. I felt absolutely miserable, but certainly was not ready to give up.

He did another embryo transfer two weeks later, but it didn’t take either. My doctor was concerned that more scar tissue had formed and used a hydrosonogram to check my uterus. He found that scar tissue had grown again in my uterus.

I was extremely upset, but we decided to try one last embryo transfer. When it didn’t take, my doctor wanted to perform another surgery to remove the scar tissue. “Absolutely not,” I told him. It was obvious to me that my body was feeling like it was under attack and it was overproducing scar tissue to compensate. I felt like I was ruining my body with the surgeries and medications. My body was becoming a “toxic waste dump,” and I was mentally exhausted. I wanted a break.

My doctor had given up on me. However, I didn’t give up on me. I decided I needed to find a way to eliminate the scar tissue that had formed without using an invasive surgical procedure.

In November, I began seeing an acupuncturist, to see if she could help regulate my hormones naturally. While I saw the acupuncturist, I continued visits with my doctor. In February, he told me that I “didn’t have the right uterus” and needed a surrogate. My doctor had given up on me. However, I didn’t give up on me. I decided I needed to find a way to eliminate the scar tissue that had formed without using an invasive surgical procedure.

I decided to research online whether anything like this existed. Although I had always had a hard time using the computer, I was determined to find something. Not knowing how to refine searches on the Internet, I typed in an extremely long phrase “non-surgical removal of scar tissue” and the Clear Passage website was one of the first that showed-up. I printed all of their pages and when my husband came home that day, he couldn’t believe I had found a website that described the type of treatment we were looking for. We were both genuinely excited. 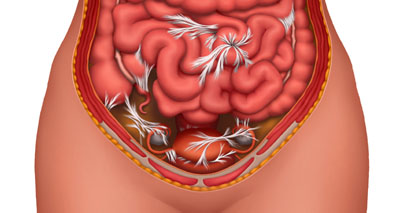 After reading their literature, we knew their focus on reducing adhesions and scar tissue would be helpful to me. I scheduled myself for an intensive week of treatment. Because I was going to their clinic in California, I had to receive an authorization form from my doctor. When I told him about the treatment, he was doubtful about whether it would work. He had never heard of anything like this. He cautioned me about spending too much time trying alternative treatments such as physical therapy, nutritional detoxification, acupuncture, and herbs. If I waited too long before trying another transfer, I would risk more growth of scar tissue. I silently reminded myself of the two week period it took for scar tissue to form and did my best to ignore his comments. The doctor reluctantly signed my forms, which allowed me to begin treatment with Clear Passage.

I attended therapy in March and I found it was very intensive. I could feel my therapists breaking apart scar tissue. After the first day of treatment I went to the bathroom and I actually saw scar tissue in the toilet. I couldn’t believe it. My therapists explained to me that scar tissue had probably formed within my uterus and that they helped it detach from the walls. I was filled with hope that they would be able to remove the remaining scar tissue in my body.

I am glad I trusted my instincts and found treatments that coincided with what was the best for me.

After treatment, I knew I still needed to address my hormone imbalance, which was the original reason for seeking assistance with fertility. I saw a new fertility specialist, who respected my decision to start at the beginning once again. The doctor placed me on Clomid for two cycles. The first time, I did produce one egg, but it wasn’t fully developed. During the second cycle, the doctor did not find evidence of ovulation until well past the time Clomid would have produced an egg. He did an ultrasound and saw a “big beautiful egg” just waiting to be released from my right ovary. He exclaimed, “How in the world did you do that? “ I knew that Clear Passage had enabled my uterus to prepare for a successful implantation. I took all of the information I had to my previous doctor and my growing belly as proof!

To our delight, we soon learned that I was pregnant with twins! My twin girls were born March 8, 2007 — two years after my heartbreaking D&C and almost one year to the day of completing my treatment at Clear Passage. As I look at them today, I am glad I trusted my instincts and found treatments that coincided with what was the best for me.