PCOS and the Low GI Diet 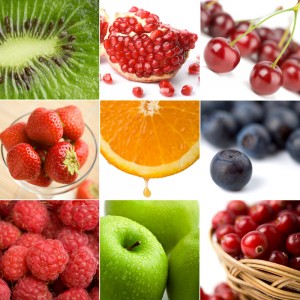 As we mentioned in our recent post “At a Glance: PCOS,” a low GI diet is one of the steps in managing polycystic ovarian syndrome.

The underlying cause of PCOS is excess insulin in the blood. A diet consisting of low-GI foods is recommended for women with PCOS–often called the ‘PCOS diet‘–because it results in a steady secretion of insulin, resulting in more stable blood sugar levels.

A scale of values ranging from 0 to 100, the Glycemic Index tells you whether a certain carbohydrate will raise your blood sugar levels a little, somewhat or a lot.

Foods that contain little or no carbohydrate do not have a GI value. These include meat, fish, eggs, avocado and most vegetables.

How do I know if a food’s GI value is considered low or high?

Use the following rule of thumb:

What foods are part of the low GI diet?

A comprehensive outline of a low GI diet requires much more detail than we could cover here, so here are some resources and sample menus to get you started as you transition to the PCOS diet:

Lunch Ideas for a Woman Following the Low GI Diet

The PCOS Diet Cookbook: Delicious Recipes & Tips for Women with PCOS on the Low GI Diet

In the meantime, here are some general PCOS diet guidelines and tips:

For years, doctors mainly addressed Polystic Ovarian Syndrome (PCOS) by treating the symptoms, not the cause. Doctors understood that PCOS occurred because of a hormonal imbalance, but they were unsure what caused this hormonal imbalance. Recent research has shown that insulin resistance may cause PCOS. Insulin resistance causes glucose to remain in the blood stream, resulting in elevated levels of blood sugar. The body eventually becomes glucose intolerant, which can lead to PCOS. In fact, some doctors believe PCOS is an early form of diabetes. More and more doctors are treating PCOS by addressing the insulin resistance.

A pilot study published by Fertility and Sterility (July 2007) examined a natural treatment for insulin resistance in women with PCOS – cinnamon. The study examined 15 women with PCOS who were given daily doses of oral cinnamon or a placebo for eight weeks. After eight weeks, the women who took cinnamon had a significant reduction in insulin resistance while the women who had the placebo experienced no change.

The scientists who conducted the pilot study would like to create a larger study to measure other factors such as the affect of cinnamon on the menstrual cycle. Until then, if you have PCOS and have tested positive for insulin resistance, you may want to consider drinking cinnamon tea or adding some extra cinnamon to your recipes.

Learn about our drug-free treatment for PCOS.