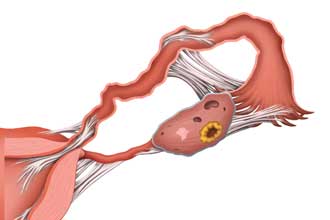 In published studies, the non-surgical treatment, which includes a protocol of manual physical therapy techniques, opened tubes in 61% of women with totally blocked fallopian tubes. “Doctors use the therapy as adjunct care, or as a replacement for surgery for women with infertility, pelvic or intercourse pain, endometriosis and blocked fallopian tubes,” said Richard King, M.D.

The therapy can be completed in five days and addresses the adhesions and mechanical factors that often cause or contribute to female infertility, adds King. “We open blocked fallopian tubes and improve fertility for women with a variety of diagnoses, including endometriosis and hormonal conditions.”

“I faced extreme adversity as a war correspondent in Desert Storm and during the Rwandan Genocide, but nothing prepared me for the trauma of being told I was infertile,” said Linda Vester, former host of NBC’s News At Sunrise and creator/host of Fox News Channel’s Dayside.

Vester was given almost no chance of becoming pregnant naturally. “I went to Clear Passage to increase my chances for an upcoming IVF,” she adds. “That procedure was a success; then I was shocked to become pregnant naturally two years after therapy. It’s incredible to me that this therapy is available – but appears to be a secret to so many women and their doctors.”

About Clear Passage Physical Therapy® – Clear Passage Physical Therapy is a network of physical therapy clinics specializing in the hands-on treatment of adhesions, female infertility and chronic pain, with an additional focus on women’s health conditions such as endometriosis, pelvic and intercourse pain. Major medical journals and the public media have recognized Clear Passage for its high success rates and ability to bypass the need for surgery and drugs. The group treats women from all over the world at clinics located in Gainesville, FL, Miami, Indianapolis, Metro Denver, Orange County and Metro Washington DC.

Larry Wurn, Clinical Research Director, founded CPPT with his wife, Belinda, a physical therapist of 39 years. In 1987, Belinda developed chronic pain after surgery and radiation therapy for cervical cancer. Searching for relief from the pain, the couple developed a therapy that has relieved pain for thousands of women. When they used it on women who were diagnosed infertile, patients began having babies naturally.