Can Your Diet Make You Infertile?

Infertility is much more common than most people realize. Here in the US, 1 in 8 couples struggle to become pregnant. Infertility can be caused by many conditions including PCOS, blocked fallopian tubes, endometriosis and adhesions. Now what if you were told that your diet could cause infertility? The old saying, “you are what you eat” still rings true. The proper foods can increase fertility but we need to be careful about foods that can decrease fertility. In the fast paced world we live in combined with the endless array of canned food, fast food and frozen meal choices, maybe it’s time we started paying more attention to what we eat. Here is a list of foods that can help or harm your fertility. 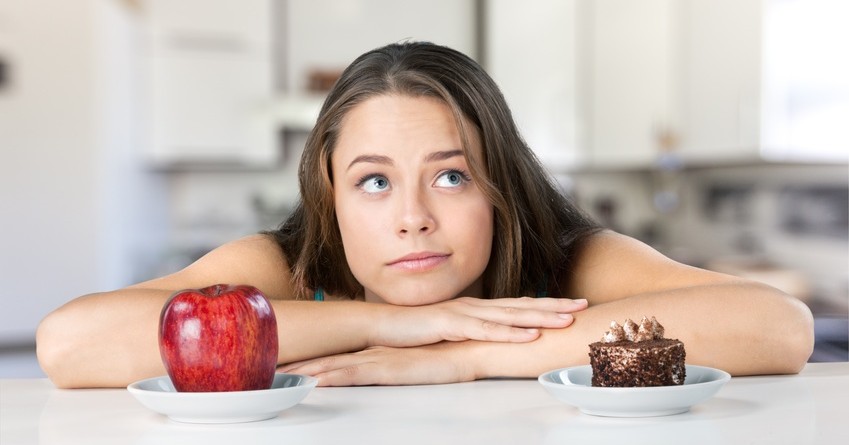 Foods to Avoid When Trying to get Pregnant

When people think of soy, most people envision a healthy alternative to meat or dairy. What most people don’t know is how soy foods can cause significant fertility issues for both women and men. A study cited in the American Journal of Clinical Nutrition stated that high soy intake can decrease a woman’s FSH levels.  Follicle-stimulating hormones (FSH) regulate a woman’s menstrual cycle and if hormone levels are too high or too low a woman can have trouble becoming pregnant. Women who have multiple infertility risk factors are more likely to have fertility issues caused by soy intake.

Women aren’t the only ones affected by soy. Since soy contains compounds that mimic estrogen, soy can cause decreased fertility in men. There are two negative side effects that have been observed in men who eat soy. Sperm have something called acrosomes which are caps that allow the sperm to enter and fertilize a woman’s egg. Soy intake increases the chance for sperm to lose their “caps,” making it harder for the egg to become fertilized. Soy can also reduce a man’s sperm count. A Harvard-based study showed that men with high soy intake produced up to 32% less sperm per milliliter than men that had no soy intake.

Inorganic and processed foods can be harmful even if they appear healthy. Many fruits and vegetables have been treated with some form of pesticides or herbicides. Both types of chemicals can cause fertility issues in men and women. If an individual already has multiple infertility risk factors, consuming food treated with herbicides and pesticides can cause infertility. Pesticides can contain endocrine disruptors which are chemicals that interfere with human hormone-controlled systems. Because of this, men and women are affected differently and below are the effects of herbicides and pesticides on fertility for both men and women.

A study done showed that men who drink a quart or more of soda per day have sperm counts 30% lower than men who don’t drink soda. One of the main theories behind this phenomenon is the high sugar intake from soda causes insulin resistance which then disrupts fertility in men. The other theory is that a pesticide known as Atrazine, commonly used in corn fields in America and known to reduce sperm count, is an ingredient for the high-fructose corn syrup found in soda and causes men to become less fertile.

The lining of cans contain a chemical called bisphenol-A, more commonly known as BPA. Men who are frequently exposed to BPA have sperm counts 23% lower on average than men who have no exposure to BPA. Canned food leaches BPA from the lining of the cans which is why men are recommended to choose healthier alternatives to canned foods when trying to conceive.

Bottled water harms fertility in a way similar to canned foods. Thin plastic water bottles allow xenohormones to be leached into the water which are then ingested. Xenohormones, similar to soy, mimic estrogen in the body. This causes both men and women to have hormone imbalances that leave them with a lower chance to conceive. You can replace bottled water by using stainless steel or glass water bottles while out and about. Newer vacuum thermoses can keep water ice cold for hours at a time, allowing you to have cold water and higher chances for pregnancy.

These fatty acids are most commonly found in junk food and fast food. A Harvard study showed that men with a large presence of trans-fatty acids in their semen, have 96% fewer sperm on average than men with lower concentrations of trans-fatty acids. It is important to check food labels and make sure what you are eating doesn’t contain trans-fats. While a diet high in trans-fats can cause other major health issues, couples looking to conceive should focus on healthy fats like omega-3s.

Proper function of our body’s hormonal system is incredibly important for fertility. Alcohol can disrupt the liver’s ability to properly metabolize hormones. This can result in hormonal imbalances which then lead to ovulatory infertility, which is infertility caused by ovulatory dysfunction. A study that tracked 18,555 women over the course of 8 years found that women who consume at least one alcoholic beverage each day are 50% more at risk for ovulatory infertility than women who don’t drink any alcohol.

Foods to Increase Fertility and Help You get Pregnant

Omega-3s are one of the most important foods to increase fertility. Both men and women experience significant fertility benefits when eating a diet rich in omega-3s.

Omega-3s can be added to diets very easily. The most common foods are fish, egg yolks, flax seed, walnuts or you can simply take an omega-3 pill as a supplement.

Get Your Protein From Vegetables

A study published in the American Journal of Obstetrics and Gynecology reported that women who consume 5% of their daily calories from vegetable protein experience a 50% lower risk of ovulatory infertility than women who only get their protein from meat.

Iron is important for women trying to get pregnant. Women who don’t eat a lot of red meat or take a multivitamin are at risk for iron deficiency. Making sure you are getting enough iron is important prior to becoming pregnant. Once a woman is pregnant the developing baby can reduce iron levels in the mother which is why many women develop anemia during pregnancy. Some experts estimate that women need twice as much daily iron once they are pregnant.

The USDA recommends that people consume half of their daily grains as whole grains. Whole grains include oatmeal, brown rice and products labeled “whole wheat.” Refined carbohydrates, which include most pastas, bread and white rice can cause issues in women with PCOS. Women with PCOS generally have issues with hormone levels and insulin levels and consuming refined carbohydrates causes insulin levels to spike. This can further increase fertility issues in women with PCOS.

Infertility can be a long and difficult journey. Although proper diet can help some women unfortunately many causes for infertility such as hydroxalpinx or blocked fallopian tubes will require treatment. If you or someone you know is struggling with infertility you can call Clear Passage at 1-352-336-1433 or fill out a contact form. You will be able to speak with a therapist who will go over your medical history with you and answer any questions you have about our manual therapy infertility treatment. No drugs, no surgery.